View basket “O’Malley’s Irish Whistles” has been added to your basket.

For such a simple instrument the Irish whistle has a huge emotional range and it’s something I’ve always wanted to sample.

O’Malley’s Irish Whistles was performed by Mimi O’Malley and recorded in the same studio as Michaela’s Harp. 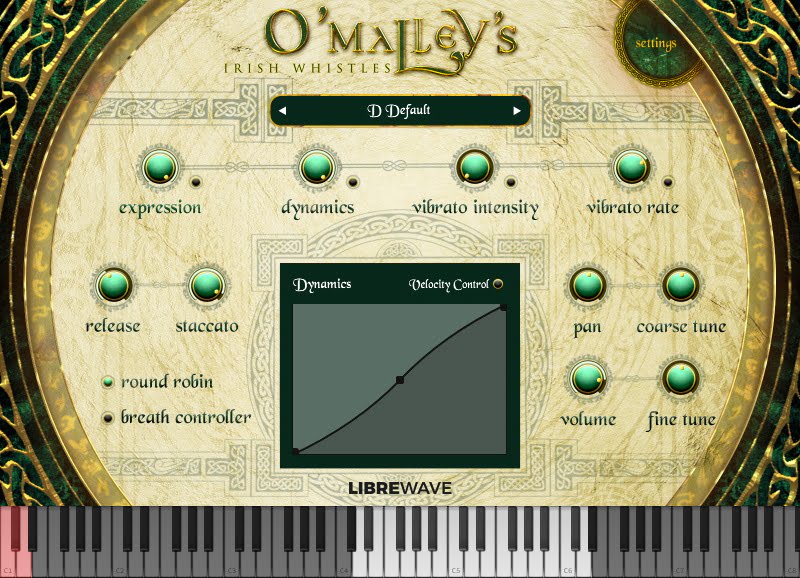 Each instrument has two sample sets – sustain and staccato which can be selected using either a keyswitch, MIDI CC, or program change.

Despite the inclusion of separate articulations the library was build from a performance first perspective. The sophisticated scripting lets you trigger the different articulations and perform in a way that feels natural on the keyboard.

Features such as legato, continuous dynamics, and a dedicated breath controller mode give you the ability to craft a nuanced performance. The detailed user guide has a whole section covering the performance techniques available.

The live articulation’s legato scripting allows you to perform a variety of common whistle ornaments in real time using your MIDI keyboard. Techniques such as taps, cuts, and rolls are easily performed using the library’s auto-retrigger feature.

With just a couple of MIDI controllers it’s possible to play a range of authentic bends, slides, and formant correct glides into and out of notes to bring your performance to life.

Haven’t I seen this instrument somewhere before?

O’Malley’s Irish Whistles was originally released a few years ago as a Kontakt instrument. That version is no longer available for sale.

I bought the original Kontakt version can I get an upgrade or do I have to buy it again?

If you purchased the professional edition of the original release then you should have received an email offering you a free upgrade to the latest version. If you haven’t received such an email please contact me to request an update – be sure to include your original order number, PayPal transaction ID, or Xtant Audio account details so that I can verify your order.

What is the difference between this release and the original Kontakt version?

Only logged in customers who have purchased this product may leave a review. 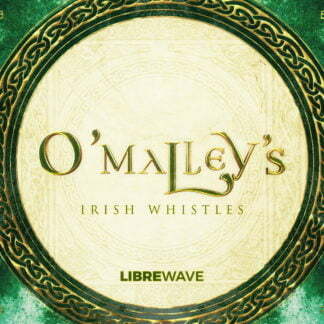